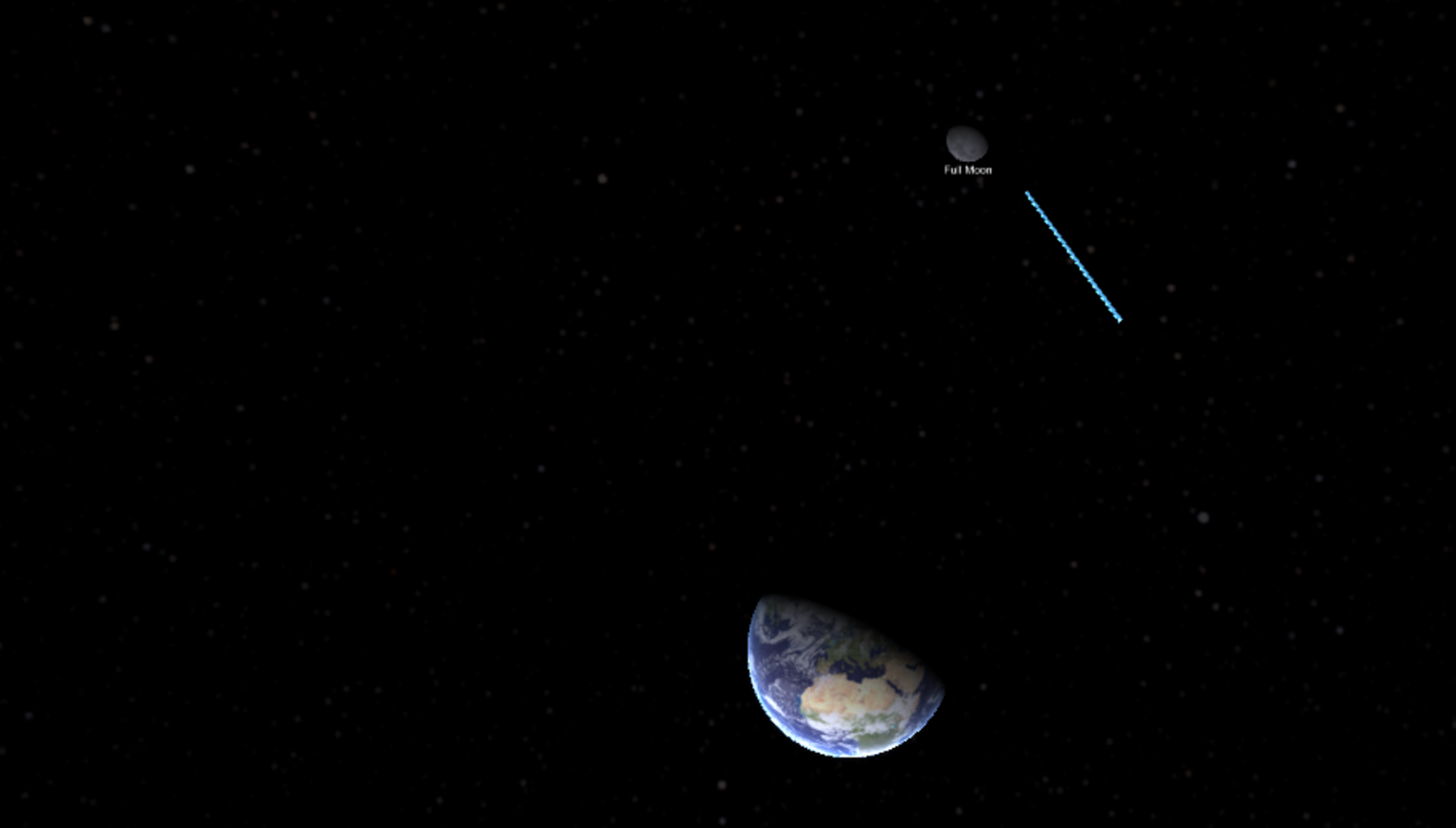 This project explores the effects of two new user interactions within an educational Virtual Reality environment. Through the recruitment of 30 participants for experimental lab sessions, we aimed to understand the impact that these interactions have on user attitudes, emotions and enjoyment.

The 'Phases of the Moon' VR Environment

This environment aims to educate users on the different phases of the moon. Users are able to interact with the Moon in ways that include dragging into different phases and scaling in and out.
Our research examines emotions and attitudes associated with each scaling interaction. 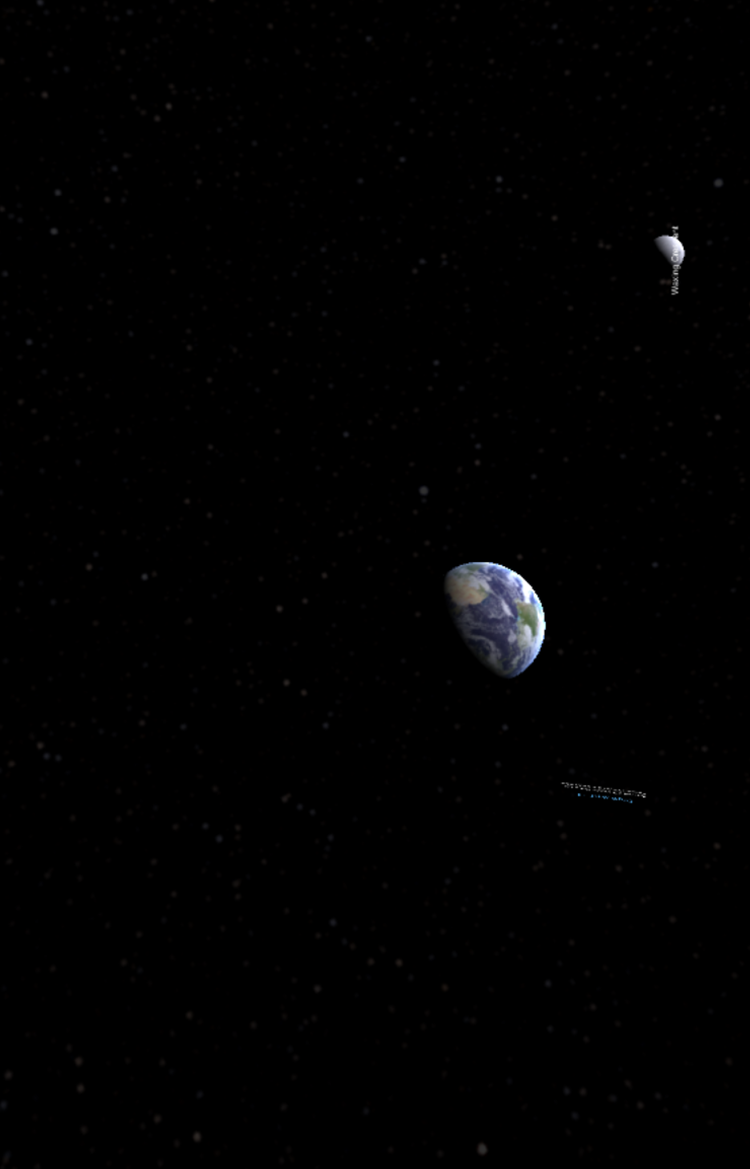 This is the environment scaled out 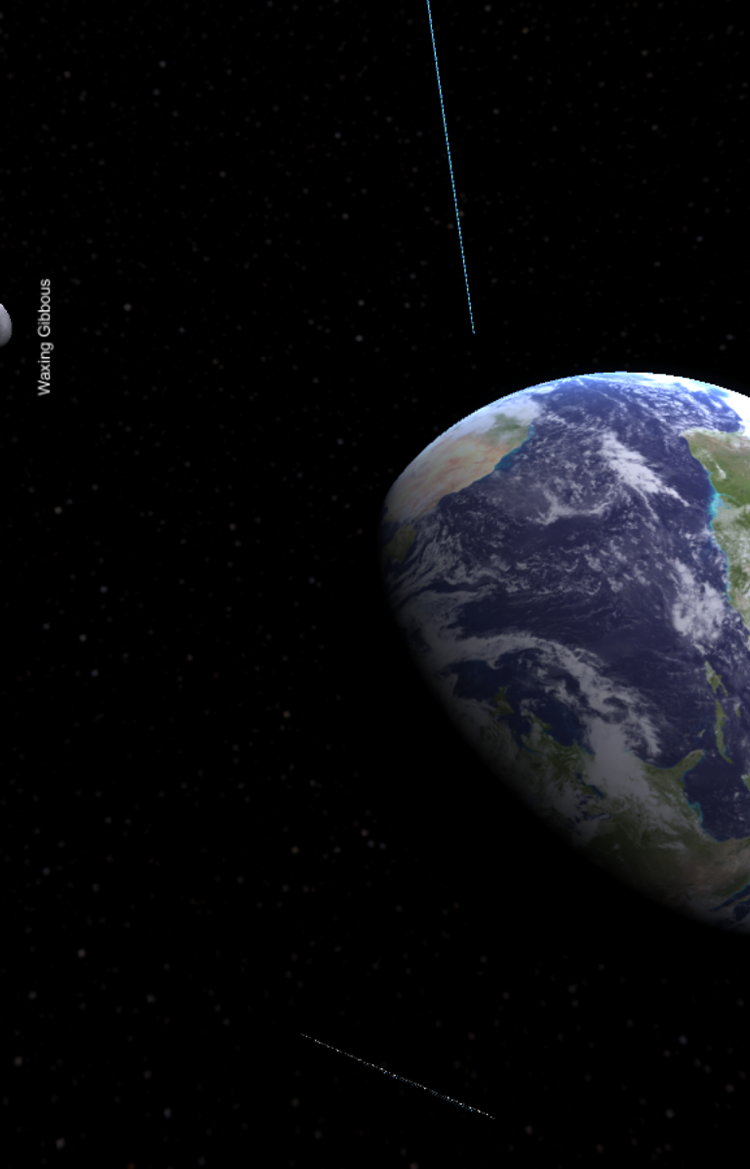 This is the environment scaled in

The "Arms to Stretch" 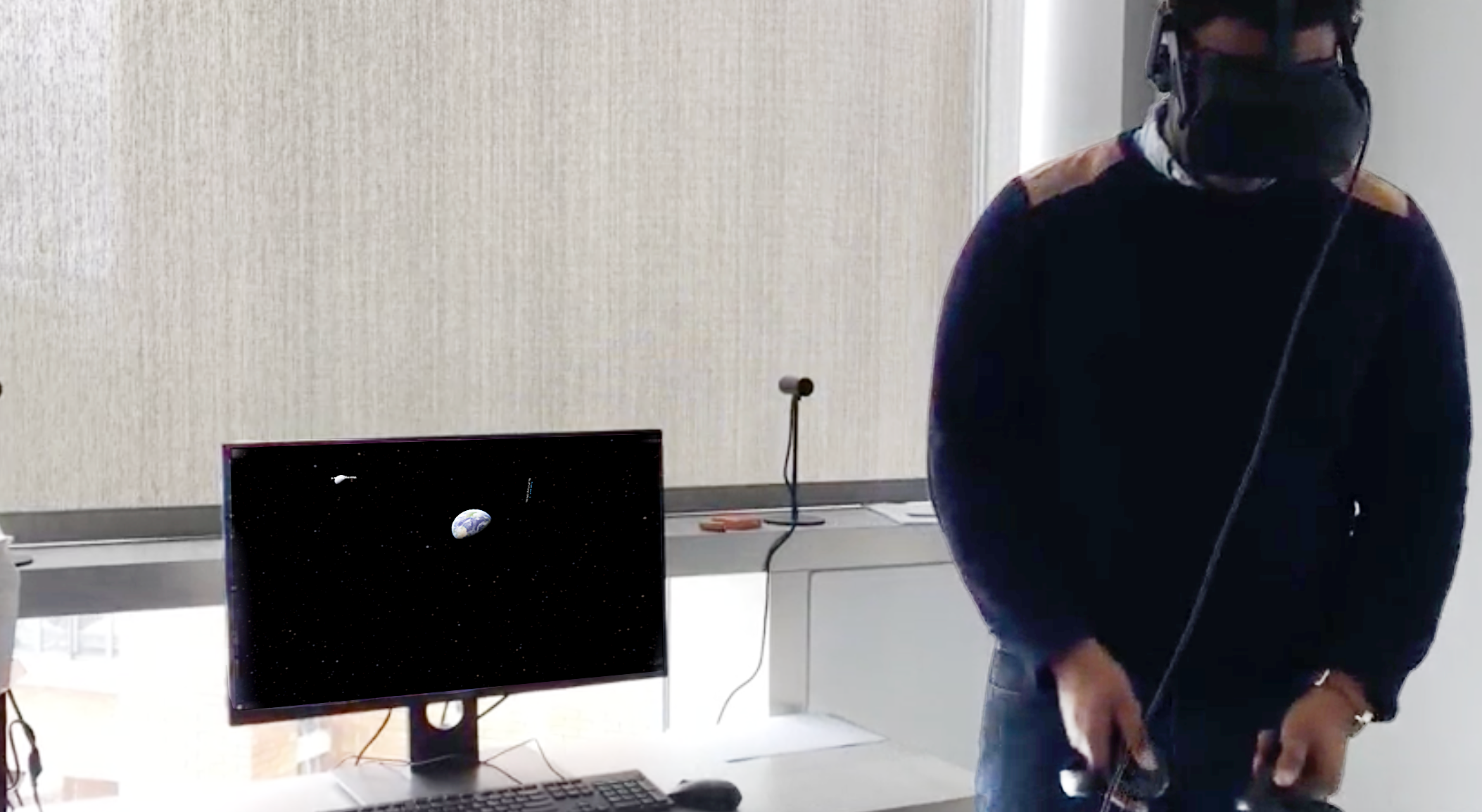 Arms close together - scale out 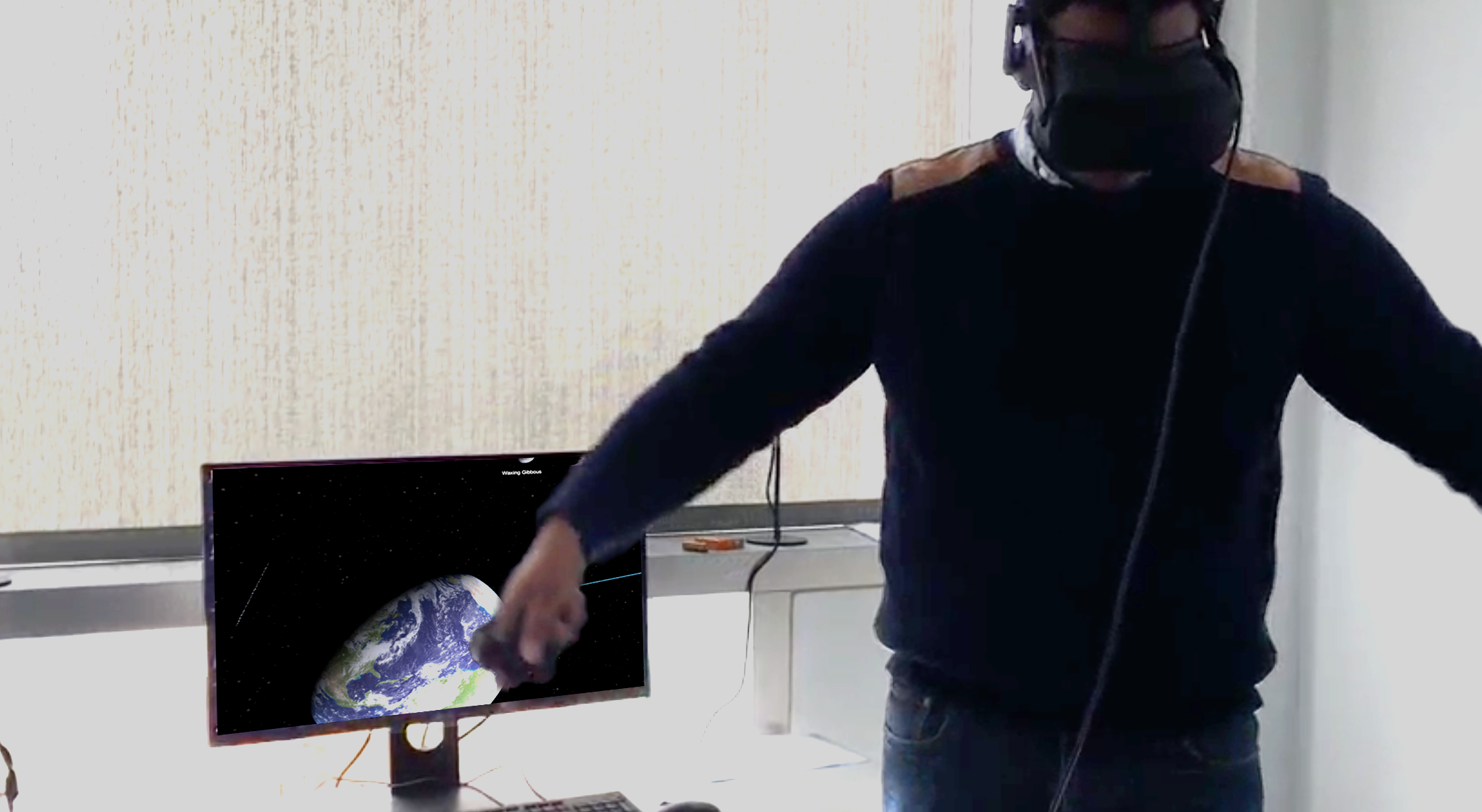 Pressing the left and right grip buttons to control scaling. 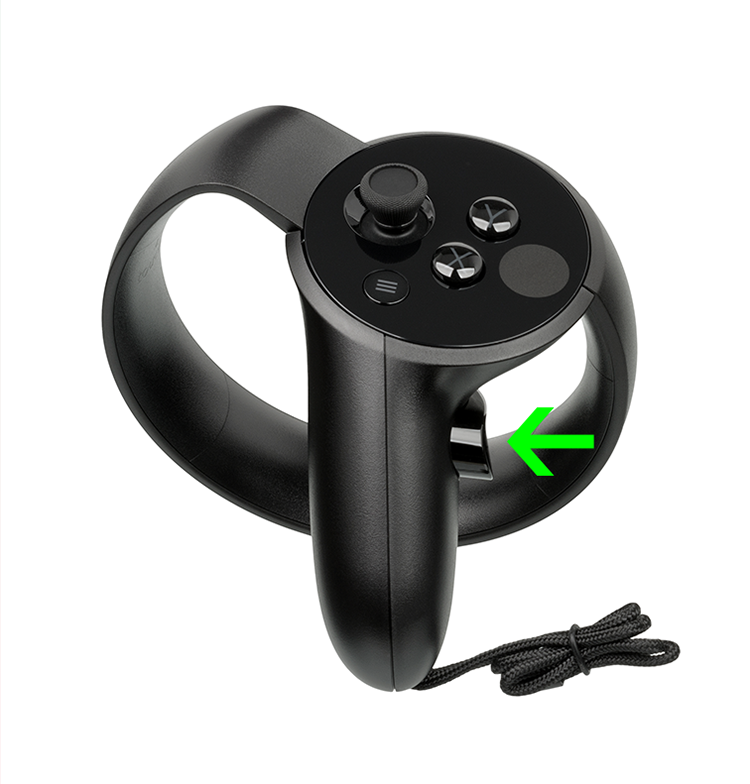 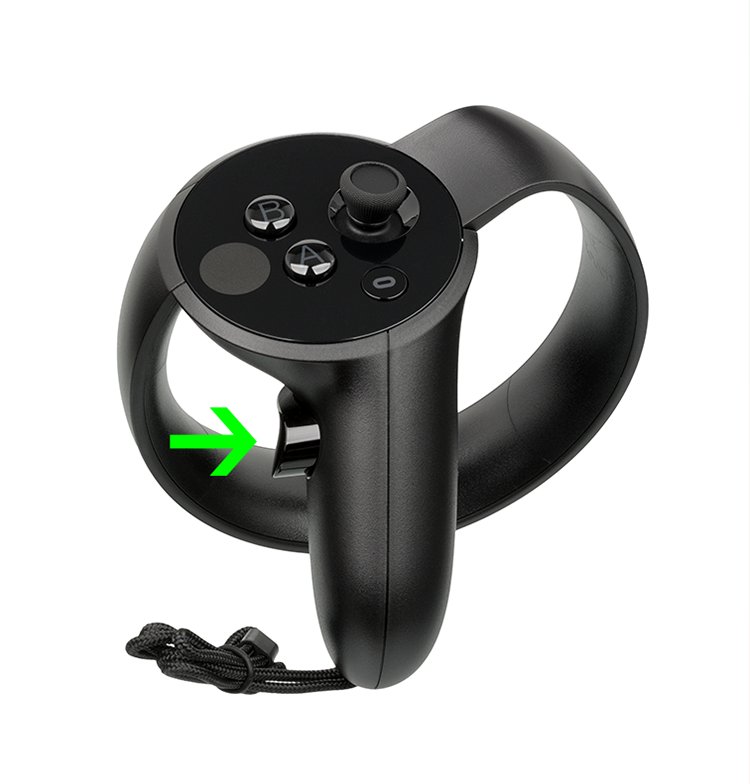 Participants were placed into the Phases of the Moon VR environment and asked to complete a series of tasks using both scaling interactions. 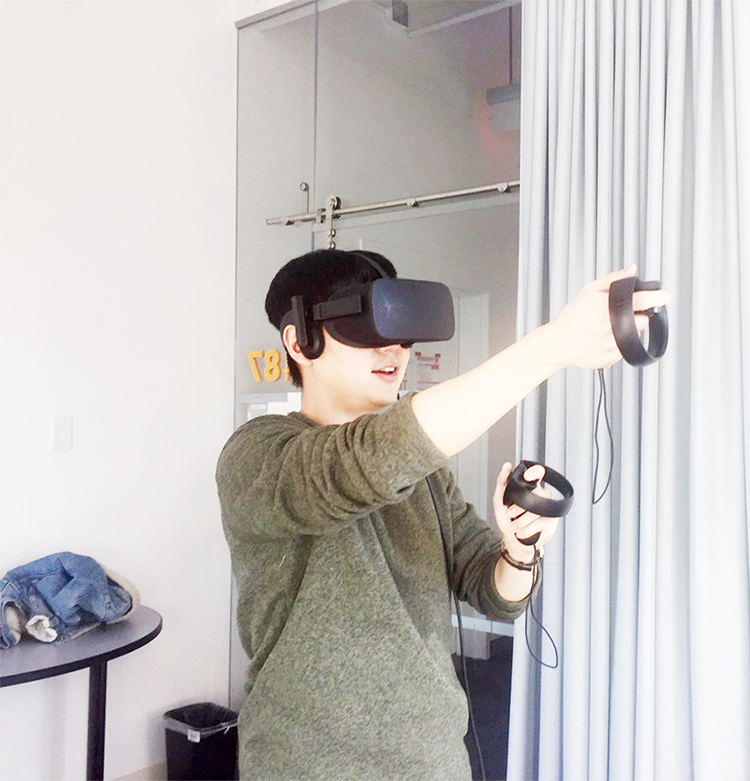 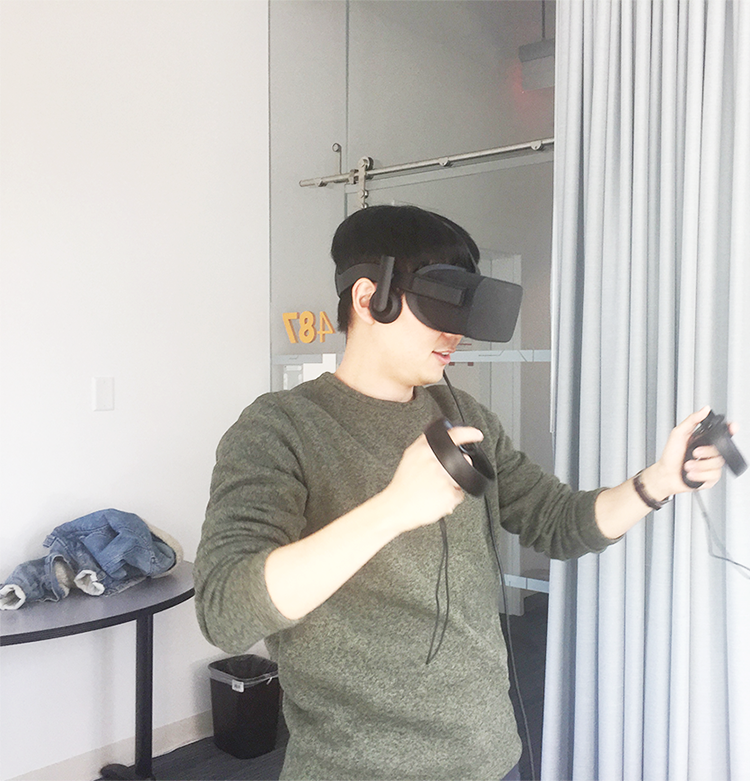 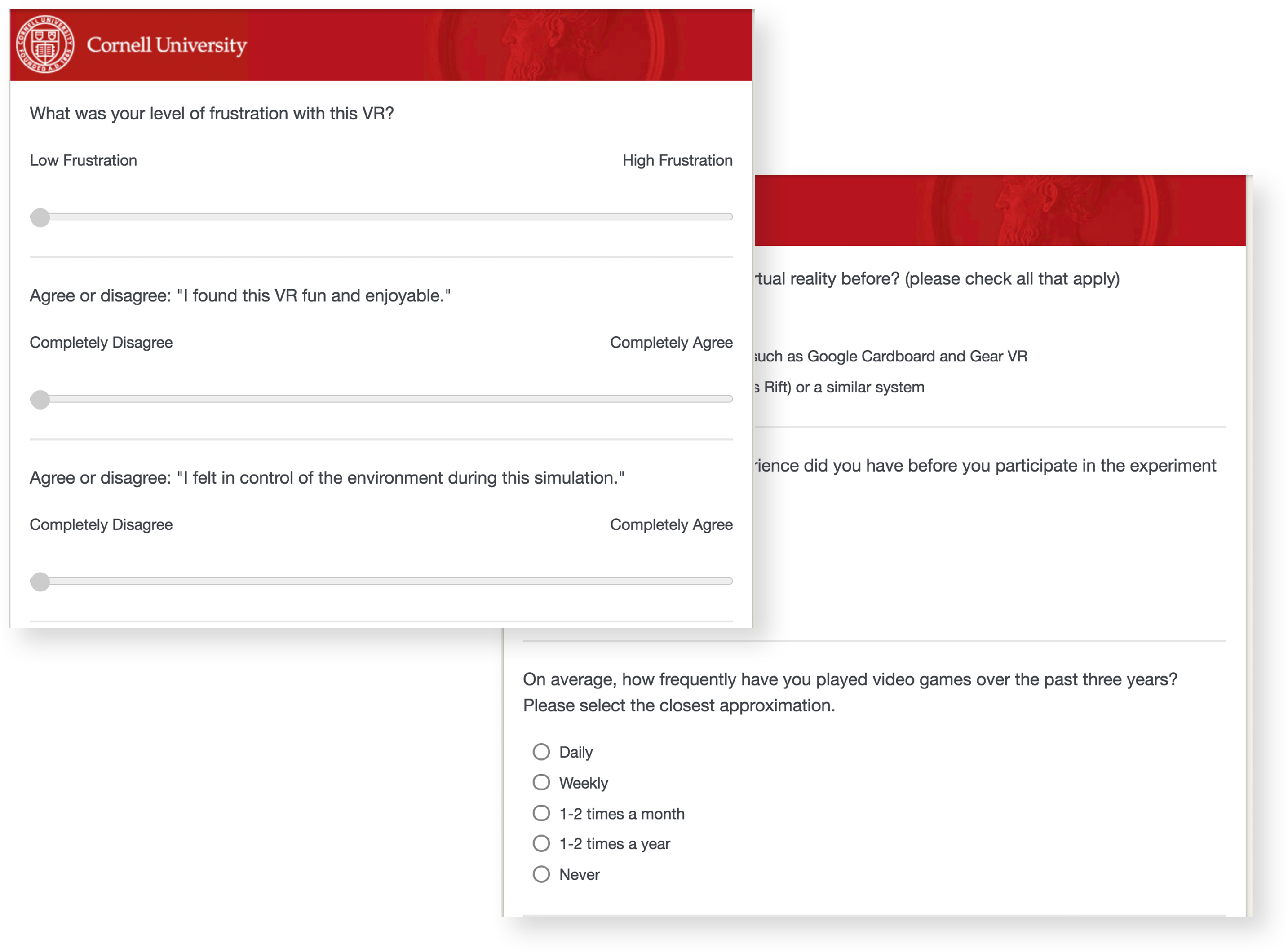 Interviews were conducted at the end of each lab session to better understand what each participant liked and disliked about each interaction.

Overall, our users preferred the button press interaction. On average, users were more frustrated with using an arm stretching motion to scale. 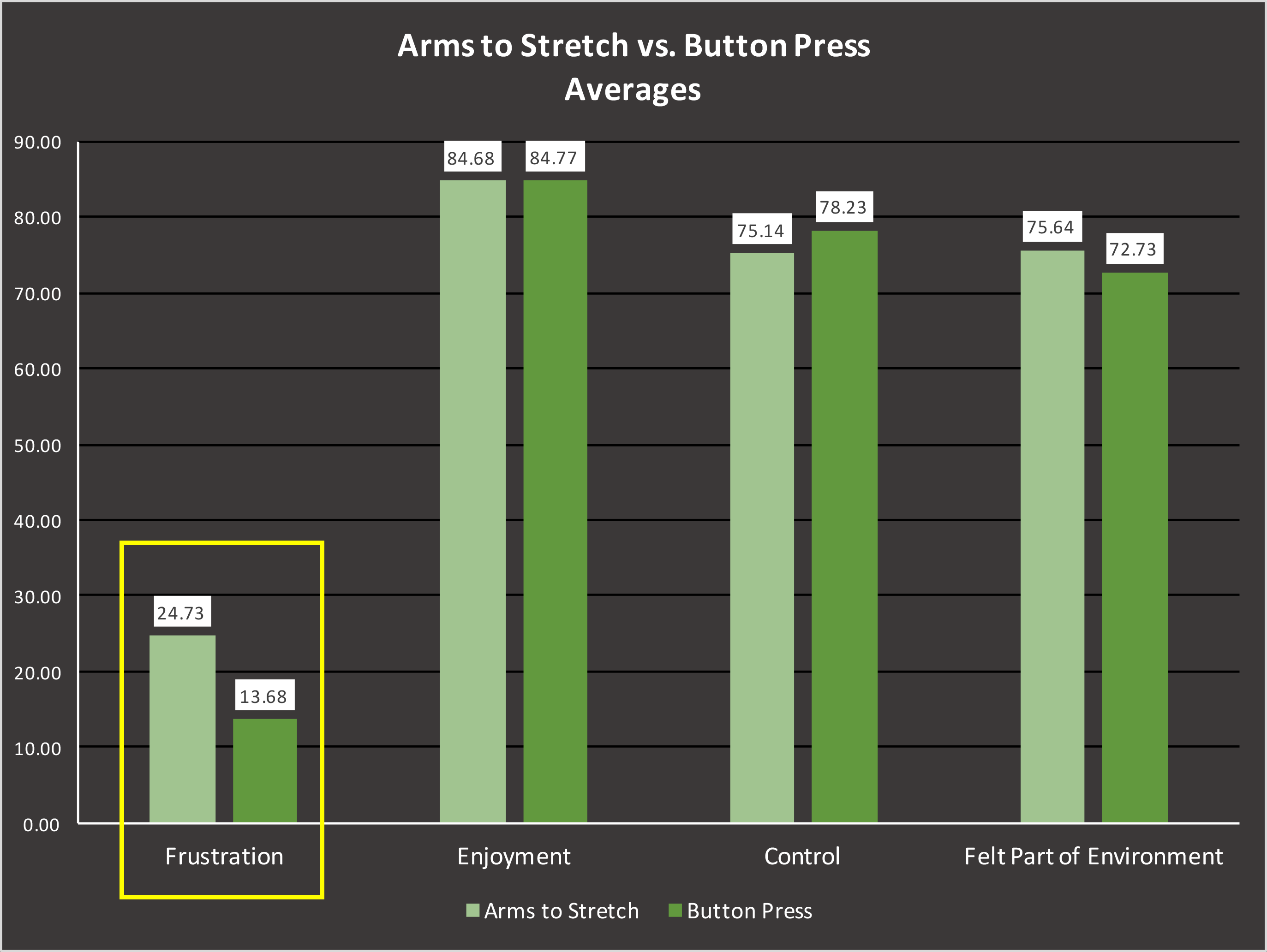 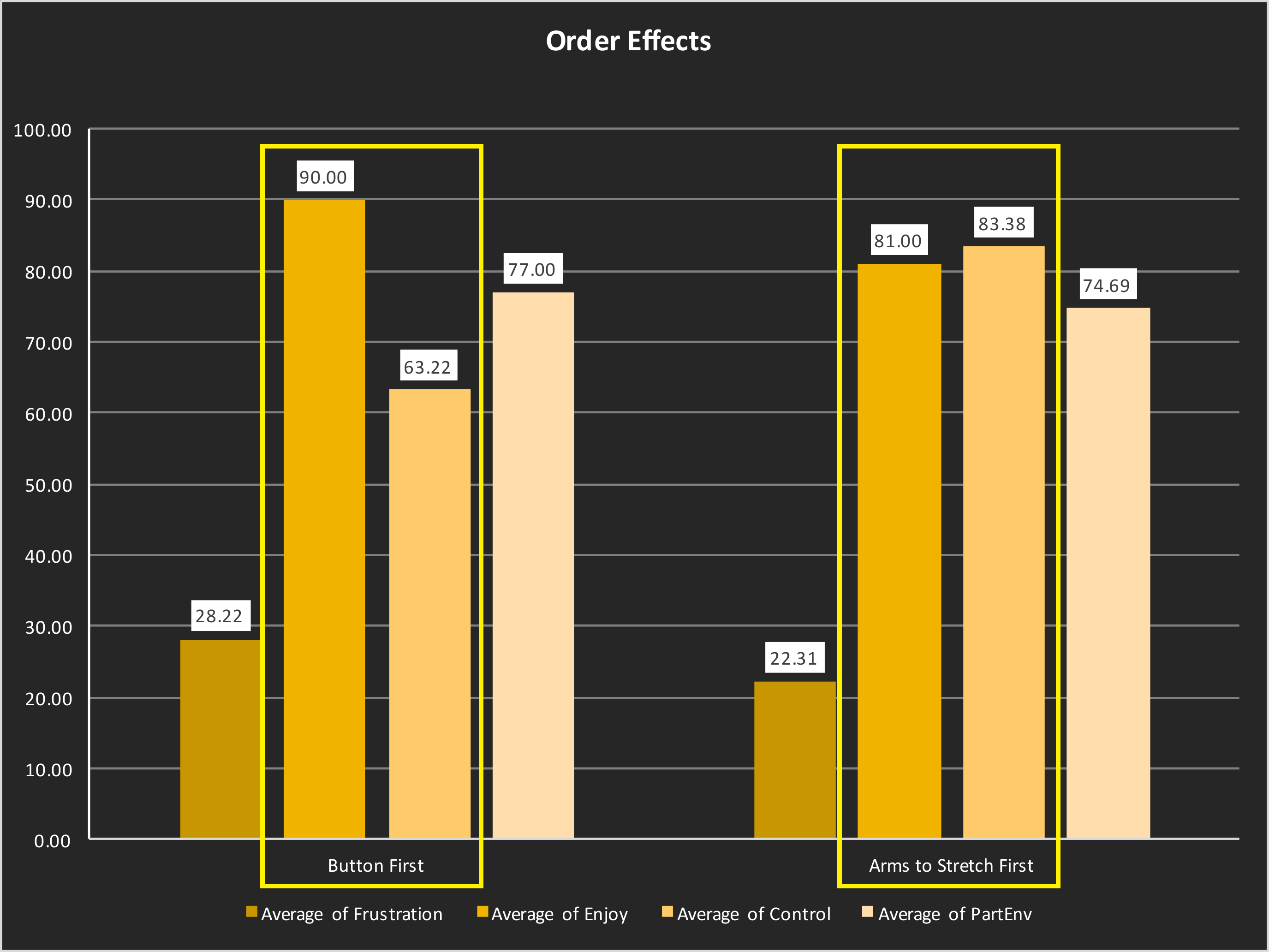 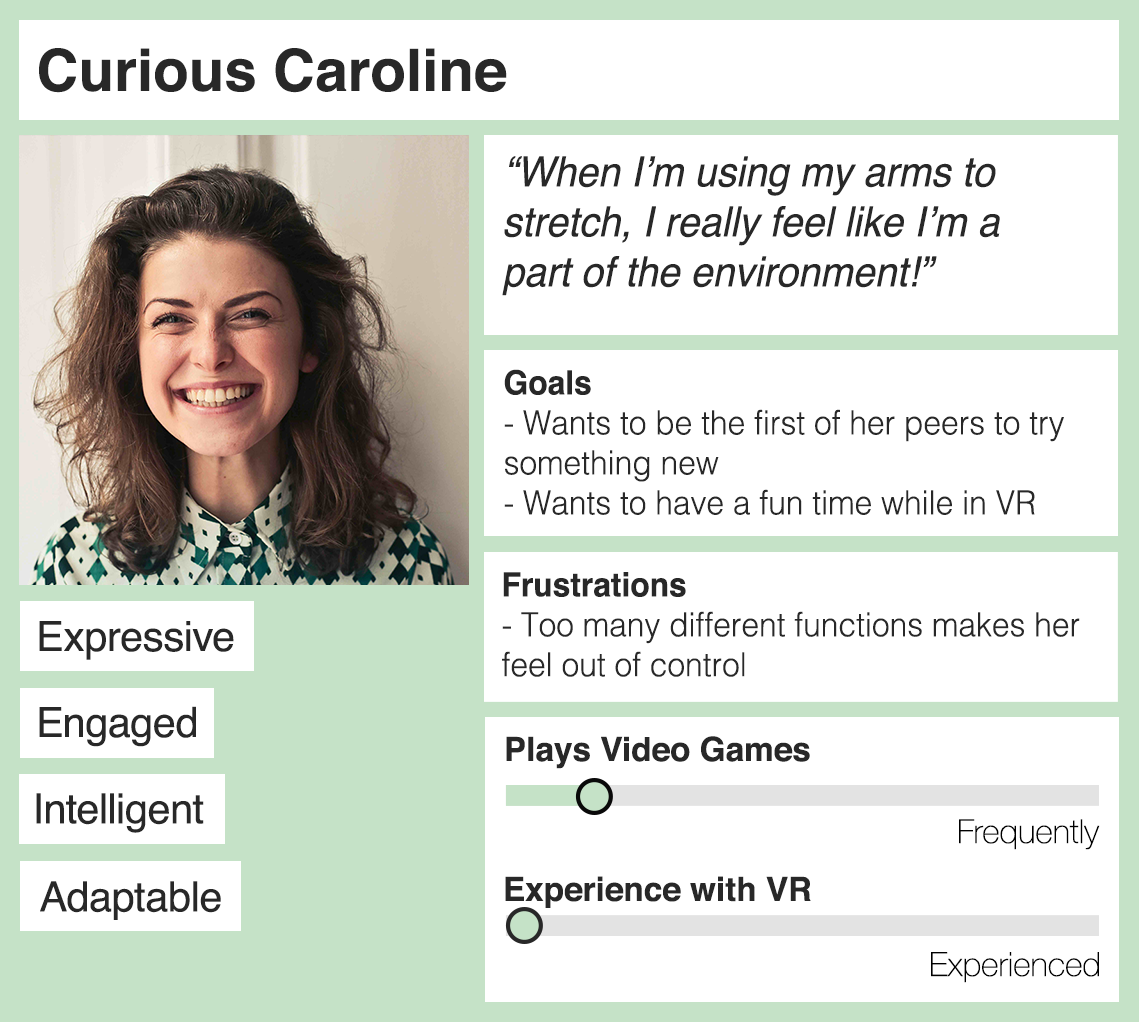 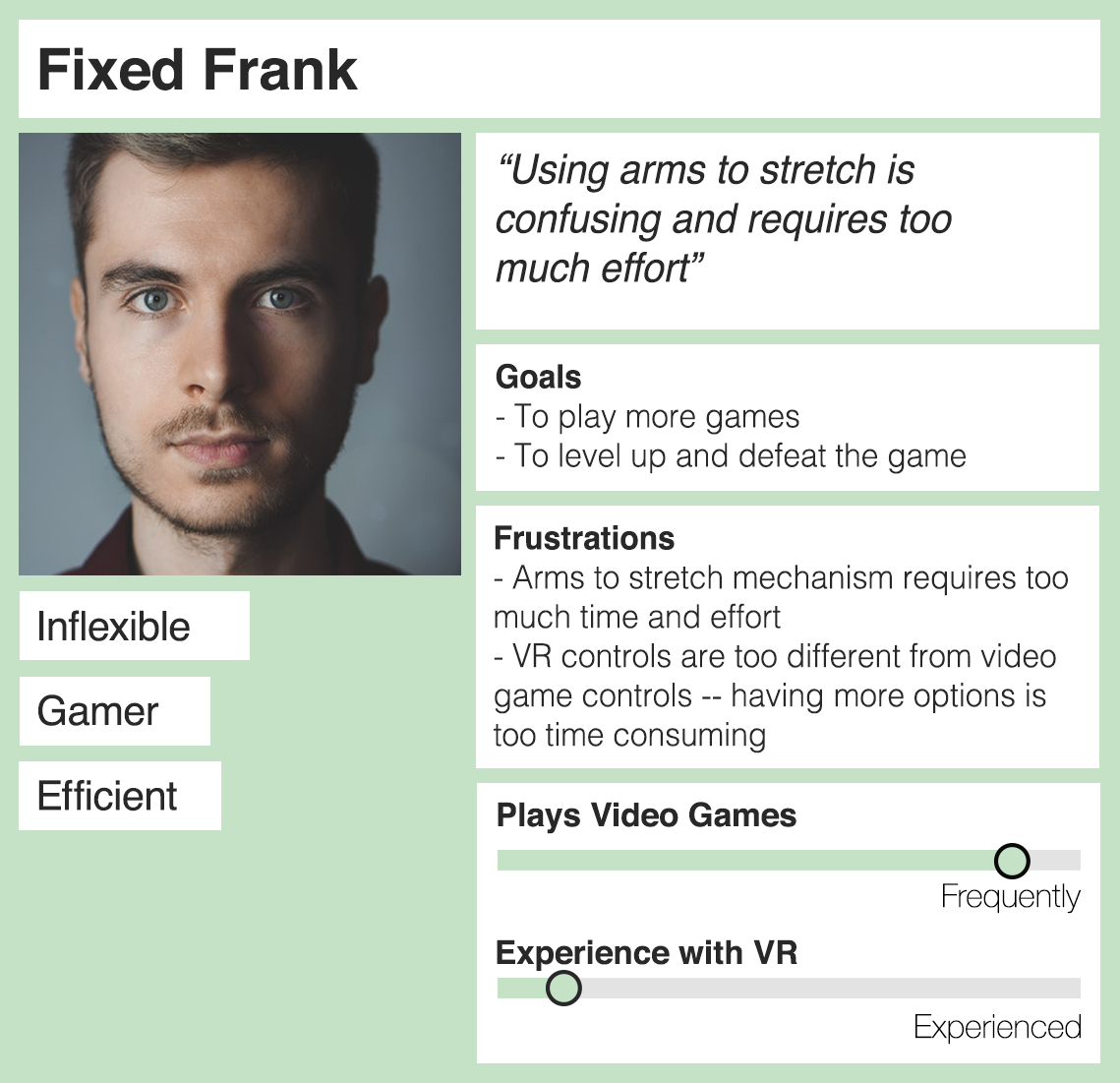 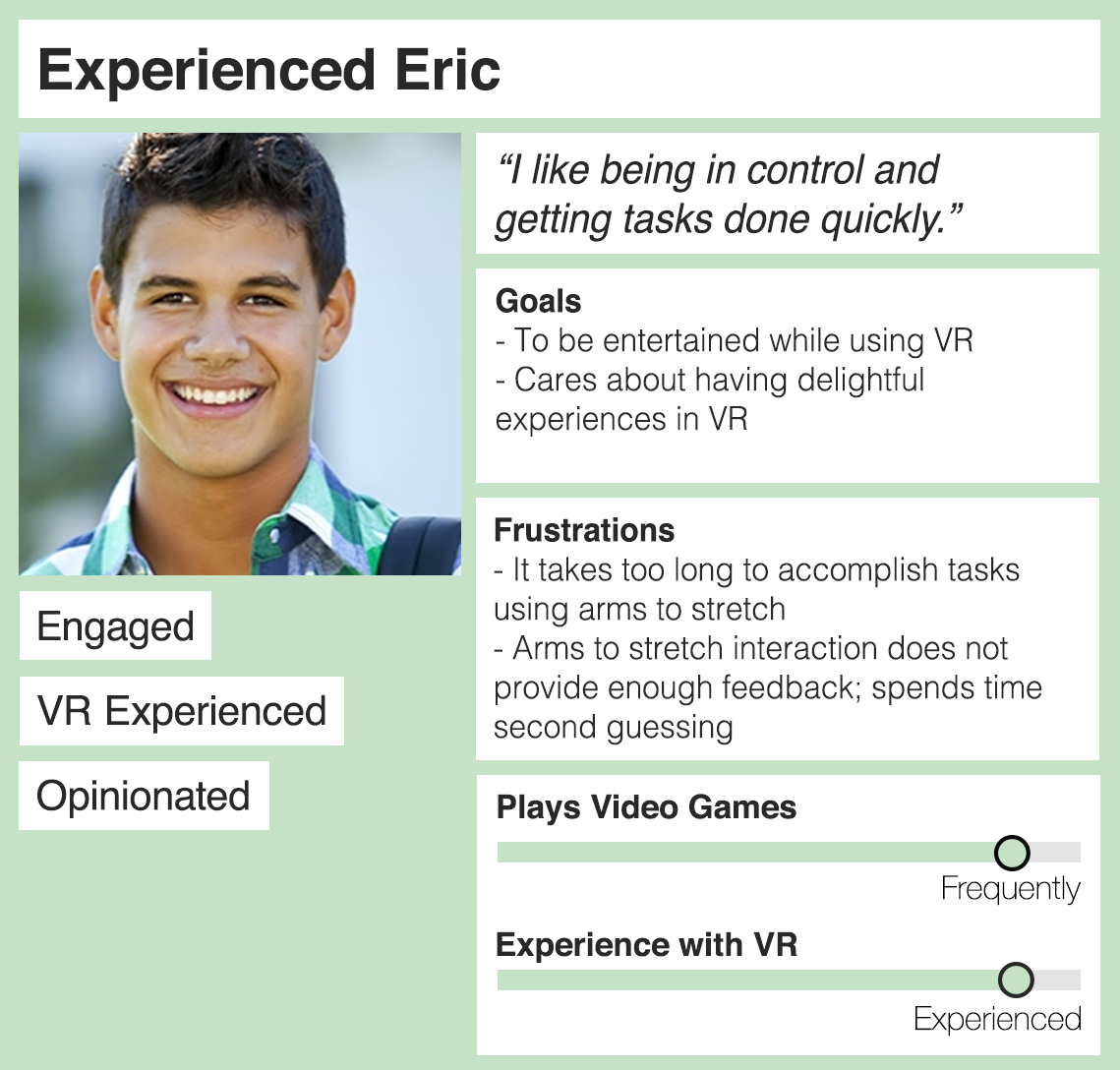 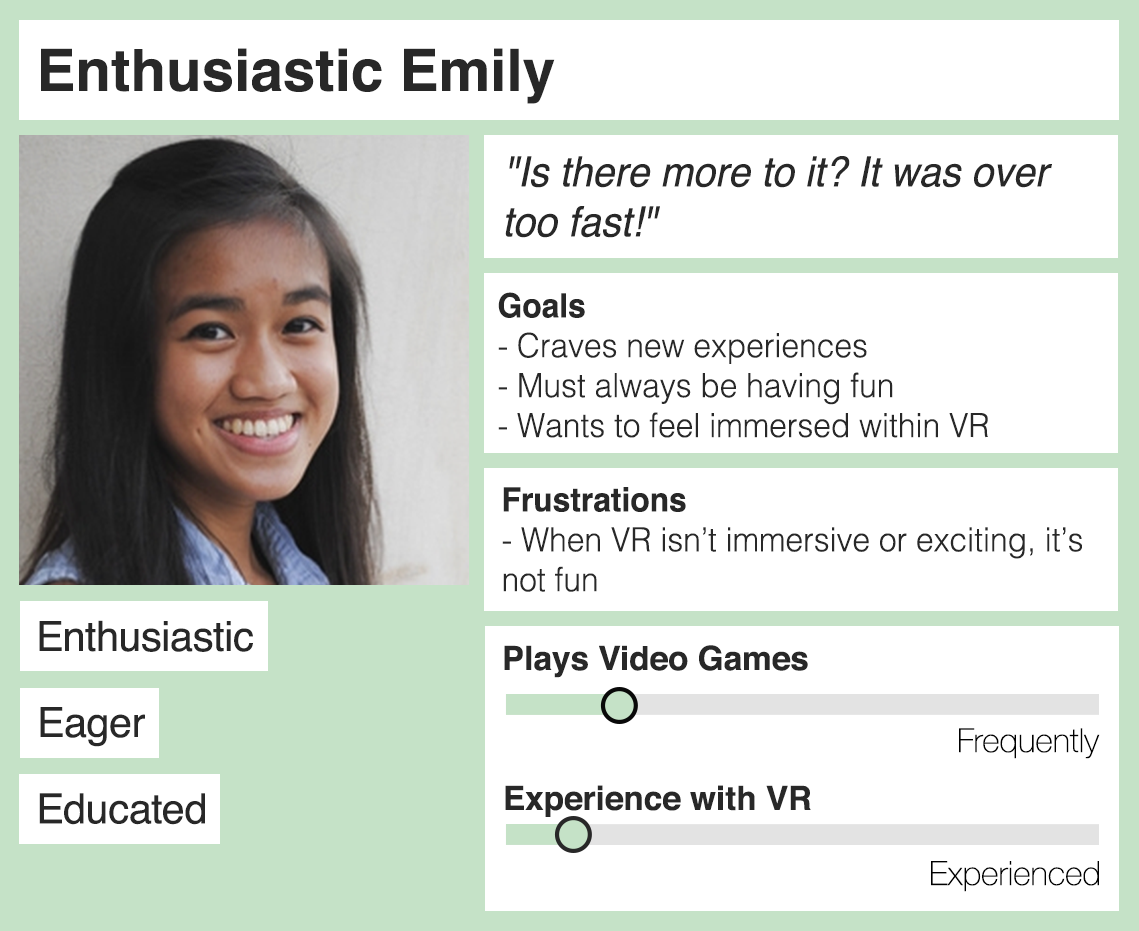 After conducting 30 VR lab sessions, we were able to identify 4 types of users. Each of these users have differing wants and needs due to varying degrees of familiarity with VR. Based off of our findings, the arms stretching interaction is preferable to a specific type of user. Further research will be necessary to validate a widespread need for an arms stretching interaction. Next phases of research should include (1) an improved arms stretching prototype – the existing prototype was jumpy at times, which interfered with user enjoyment and frustration levels (2) More feedback integrated into the interface to display how arm movements translate into movement within the virtual space – this is useful for novice users.